I guess this argument has been going on as long as filmmakers used books for their productions. Which is best, films or the medium that are based, books. In a way it’s easy for us to say books. As writers and readers, that medium is the one we turn to first. Films can never be as good as books as someone else has made their imagination the source for the film.

The other day, I watched a film based, I say based loosely here, on one of my favourite children’s series. The film of Artemis Fowl, I’d anticipated from the first time I’d picked up Eoin Colfer’s brilliant book. After the first few chapters, I knew this could be a brilliant film. Yet how could Disney of all people get it so wrong? It’s hard to think they could have produced the twaddle that was on the screen.

Ok, being charitable, it sort of followed the book, yet it failed to keep me amused like the book. There wasn’t the depth to it. It was a triumph of CGI over story. Sometimes films can be a catalyst for getting children and adults to search out the book after seeing the film. I can’t imagine this adaptation will have that effect. It will go down as the worst film adaptation since the Cirque de Freak film hit the cinemas. Another great children’s author, Darren Shan, work being bastardised.

To be fair it’s hard for a filmmaker to transfer the book to film. Books are written as books and films are screenplays. They are two completely different mediums. Authors put a lot into making the scenes come alive in your heads. Your imagination is pushed so we each have our own idea of the scenes in a book. Film makers use their imagination to bring the world to life. Sometimes it works, at others it doesn’t.

I sat for ages after watching Artemis Fowl, my anger seething inside. That wonderful world that Eoin Colfer had created inside my head was laid in ruins. The memories of the book bruised and battered. Yet I knew I still had the books. No bad film can ever take away the hours of joy I had reading the series. They would always have a place in my heart and on my shelves. The film? Well one I will never watch again.

I know that book rights are sold without the author being involved. I always remember Darren Shan telling the tale of how the film version wasn’t his vision. When they pass out of their creators hands, they are at the mercy of those who may not have the same imagination and enthusiasm for the project.

Are there any films that enhanced the book? I’m not talking the classics here. Romeo and Juliet, for example, was much more accessible on the screen than in its original form. The Harry Potter ones were OK, The Order of the Phoenix, even being possibly better than the travesty of the book. Field of Dreams and Moneyball were two that sprung to mind. Lord of the Rings series were both overblown as a book as they were on film.

I’ll still carry on watching films based on books. I’m sure I’ll come across one that will work in both mediums. 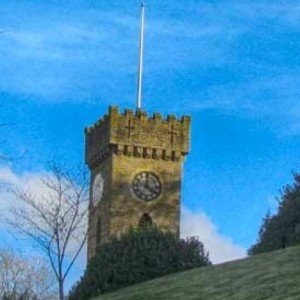 Brompton Sawdon is an aspiring writer who lives in the foothills of the Pennines in the UK. He has various works in progress at this moment of time and hopes to publish some of his stories in the near future.

Any cookies that may not be particularly necessary for the website to function and is used specifically to collect user personal data via analytics, ads, other embedded contents are termed as non-necessary cookies. It is mandatory to procure user consent prior to running these cookies on your website.